Watch our TEDx talk ‘ How can the power of sport help end human trafficking?‘ given by our CEO Sarah de Carvalho MBE

We are working to build a world in which no-one is vulnerable to abuse, exploitation or trafficking 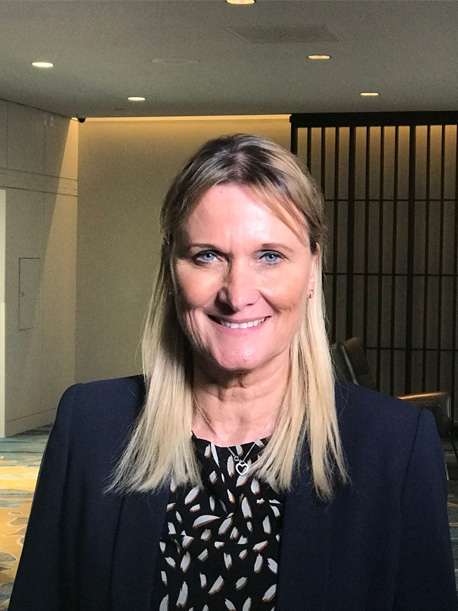 I started It’s a Penalty because I met 16 year old Rose, on the streets of Recife, North East of Brazil, in 2013. At that time, I was CEO of Happy Child International, an organisation I founded 25 years ago in Brazil to rescue, rehabilitate and reintegrate children in street situations. Since Rose was 11, she had been exploited on the streets. When we met during a night walk Happy Child were conducting on the streets of a marginal neighbourhood in Recife, Rose and many other young girls were out, working and looking for clients. As we talked, Rose explained that many of their clients came from all over the world, and, although she had resigned herself to a life of abuse and exploitation, she wanted others like her to be able to escape. At the time, Brazil was the focus of international attention with the World Cup commencing, and the high influx of people attending the event meant that vulnerable children and young people like Rose would be at an even greater risk of exploitation.

I believed that the thousands gathering together could be used as a force for good, and so launched It’s a Penalty to seize the opportunity that these major events offer, utilise our global passion for sport and impact positive change.

To date, we have run the It’s a Penalty Campaign during 12 major sporting events, including the 2014 FIFA World Cup in Brazil, the 2016 Rio Olympics & Paralympics, the 2018 Gold Coast Commonwealth Games, the 2020 Tokyo Olympics & Paralympics and four Super Bowls including the 2021 Super Bowl LV in Tampa – impacting an average of 180 million people worldwide per campaign.

Since our launch in 2014, It’s a Penalty has grown and expanded considerably. Alongside our Global Campaigns which harness the power of sport, It’s a Penalty now includes three additional areas of work addressing abuse, exploitation and human trafficking: CommonProtect, It’s a Penalty Student Ambassadors and Safe to Compete.

Our vision is for a world where every child and vulnerable person, regardless of their gender, nationality, sexuality, religion or ethnicity, can be protected from abuse, exploitation and human trafficking.

If we are serious about building a safer world for all, whilst giving voice to victims of these crimes, prevention needs to be at the top of the agendas of Governments, and the Private and Public sectors. By preventing these crimes, we are fulfilling part of our responsibility to protect the world’s most vulnerable from violence.

LEARN MORE ABOUT HOW WE WORK

Our Board of Directors

Founder and Global CEO of Sysdoc, Katherine provides expertise in setting It’s a Penalty’s strategy and organisational development. Voted UK New Zealander in 2015, she is a global networker and engages her staff in the work of It’s a Penalty.

Bharti is an accomplished Child Rights and Social Justice campaigner and an advocate on the human rights of children and women. Bharti served as CEO of ECPAT UK for six years until March 2019, a leading children’s rights charity that campaigns against child trafficking and transnational child exploitation.

Christianne is a strategic branding and communications expert who previously led a global DFID-funded campaign to end female genital mutilation. Christianne brings expertise in partnership- and resource-leveraging to the It’s a Penalty board.

Ewen works for Macaulay Search, an agency which provides executive search services for organisations with strong social, ethical or charitable objectives. He is a strong networker with a wealth of valuable contacts and introductions to provide in the Third and Commercial sectors for It’s a Penalty.

Adeola is a Chartered Accountant. She has worked in leadership position in International Non-Governmental Organisation including Oxfam, WaterAid and Greenpeace. Adeola brings expertise in strategic financial and risk management to It’s a Penalty.

Colin McLellan is a Chartered Accountant who, prior to retirement, was Finance Director of MJ Gleeson Group plc.