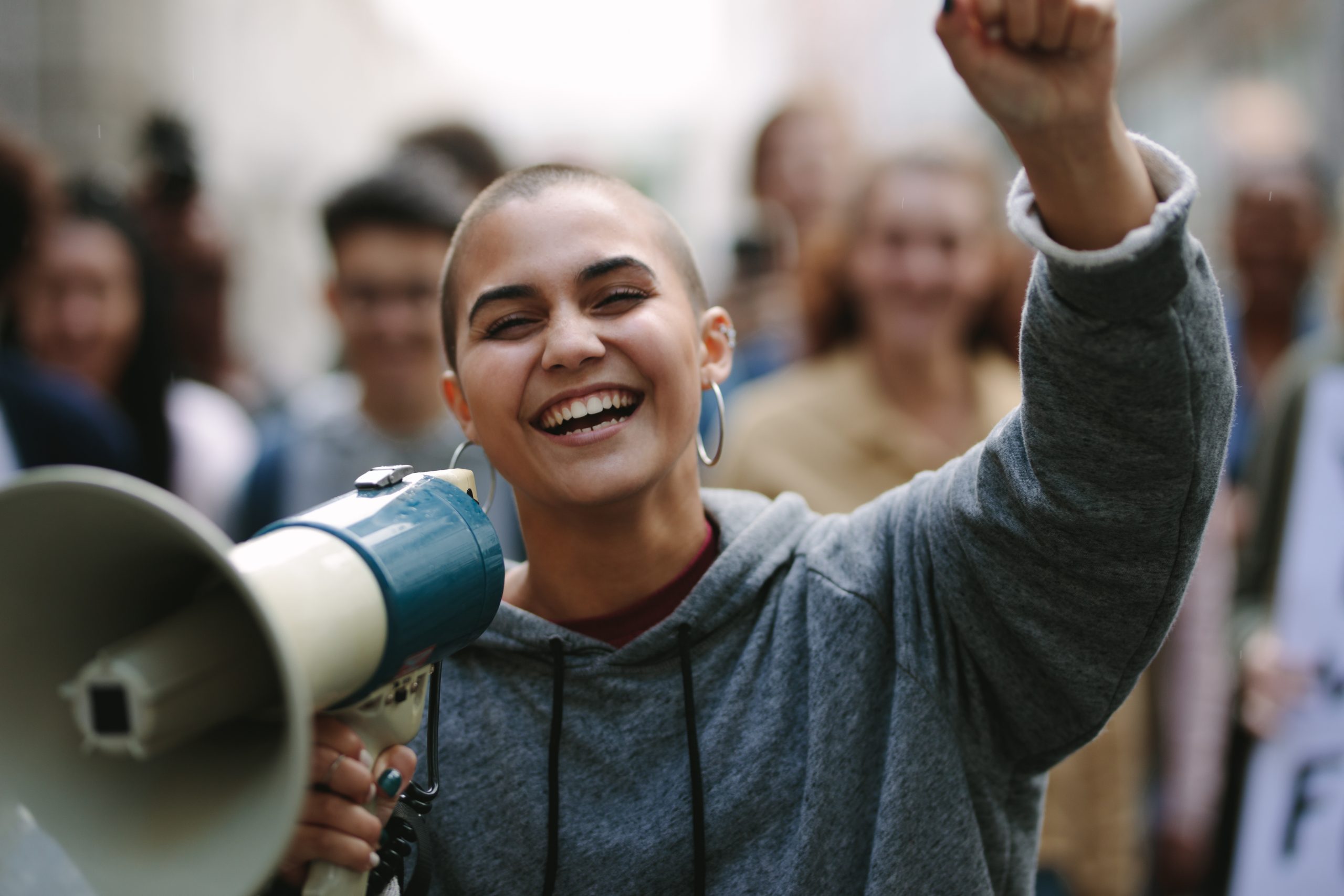 At It’s a Penalty, we believe in creating a culture where all forms of human trafficking are no longer acceptable.

The It’s a Penalty Student Ambassador Network was established to do just that, by building a community of passionate university students to bring about the social transformation that we all want to see, both locally and globally.

This Autumn, as new students begin their studies at universities across the country, and as existing students return to their courses, the Student Ambassador Network is an opportunity to develop leadership skills to make change happen, work alongside other students to address human trafficking, and learn about modern slavery and its intersecting issues.

Earlier this month, the It’s a Penalty team joined Freshers’ Fairs at universities in Portsmouth and Birmingham to encourage students to join the Network. We also gave out leaflets containing key information on how to access your workers’ rights as an international student in the UK, and how to sign up to learn more about our programme.

As students are the leaders of tomorrow, our aim is to encourage and support them in using their voices. On joining the Student Ambassador Network, they become part of a national network of young changemakers and complete training to increase their knowledge and understanding of abuse, exploitation and human trafficking. The programme is designed to provide future social justice changemakers with a space to embrace creativity, enhance employability and champion a social justice initiative to complement academic learning and skills. Student Ambassadors will gain core skills in communication, planning, leadership, project management, fundraising – all essential skills for those wishing to pursue a career in the charity sector, as well as many other graduate career paths.

Not only are students’ voices useful tools in the fight against these forms of violence, some university students may be significantly vulnerable to abuse, exploitation and human trafficking. It is therefore important that they are equipped with the knowledge to identify exploitative situations in their own lives.

For example, reports have shown that international students may be at particular risk. According to The Guardian, multiple overseas students have vanished from courses and then been found working in exploitative conditions. Meri Åhlberg, Research Manager at Focus on Labour Exploitation, said that the abuse of people on student visas was a growing concern in Britain because of labour shortages. “There have been students who’ve been pressured to work in ways that do not comply with their visa and that makes them really vulnerable to exploitation because they can be told by their employer that they’re going to be reported to immigration enforcement or lose their right to be in the country.”

We know that awareness-raising campaigns and education have a positive impact and can prevent human trafficking and exploitation. The more people understand what human trafficking really is and how it manifests itself, the more effectively survivors can find support and traffickers can be brought to justice.

Interview with a Student Ambassador!

This week, we took some time to speak to one of our Student Ambassadors to find out why she became a part of the Network and how she feels the programme is going so far.

Why did you decide to join the student ambassadors’ network?

Hollie: I decided to join the Student Ambassadors Network because it was the first time I had seen an organisation operating in the same field that I would one day like to work in. The successes they have had so far are truly admirable, and it struck me how important their work is when I saw the data for who they had helped, and how many people still needed help. Many people around me didn’t even know what modern slavery was, and they were oblivious to the signs or what they could do to help. Lack of awareness is a major factor in the continuous crime of modern slavery, so I joined the network to do whatever I can to help.

Did the student ambassador course teach you anything new about modern slavery?

Hollie: The Student Ambassador course taught me practically everything I know about modern slavery. The training module helped me to understand the key terms, common problems, current legislation and so much more about the issue. The network frequently gives updates on real life events that have opened my eyes to the frequency of this crime, and how close to home it can happen without anybody realising. The course has taught me not to just accept the stereotypes about modern slavery victims and understand that this can be a crime that could happen to anyone. It has also encouraged me to question the effectiveness of current legislation and preventative measures for this crime.

Has being part of the program given you more confidence in activism?

Hollie: Being part of the program has greatly increased my confidence in activism. The program equips you with so much knowledge that I am much more confident in educating others about the issue and feel that I could effectively answer any questions they have. Awareness of the issue of modern slavery has allowed me to become vigilant in my everyday life and encourage others to do the same. I also have increased confidence in activism as a method for encouraging change. I have witnessed the effect that our activism has had on other people with some really positive outcomes.

The Student Ambassador Network operates at universities all across the UK, so if you are a student who is interested in making a difference to the global issue of abuse, exploitation and human trafficking, visit our website to sign up now: https://itsapenalty.org/studentambassadors/