It’s a Penalty campaign around major sporting events, harnessing the power of sport to prevent abuse, exploitation and trafficking worldwide. We work with some of the biggest names in sport, sporting governing bodies, the travel and tourism industry, NGOs, law enforcement and the general public to end these forms of violence.

From June-August 2022, It’s a Penalty have launched our latest campaign to raise awareness about human trafficking, exploitation and abuse, the penalties for offenders, signs to look out for, how to report a suspected case and support available for survivors.

The Birmingham Campaign is mobilising during the Commonwealth Games in Birmingham to encourage millions of people to help prevent modern slavery and protect survivors throughout the West Midlands, the UK and worldwide.

Human trafficking, exploitation and abuse is a major issue in the West Midlands, the UK and globally. 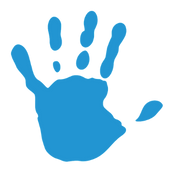 There are an estimated 100,000 victims of modern slavery across the UK (Centre for Social Justice, 2020).

The economic and social cost of modern slavery is believed to be between £3.3 billion and £4.3 billion (Centre for Social Justice, 2020).