The Power of Sporting Events in the Fight Against Human Trafficking 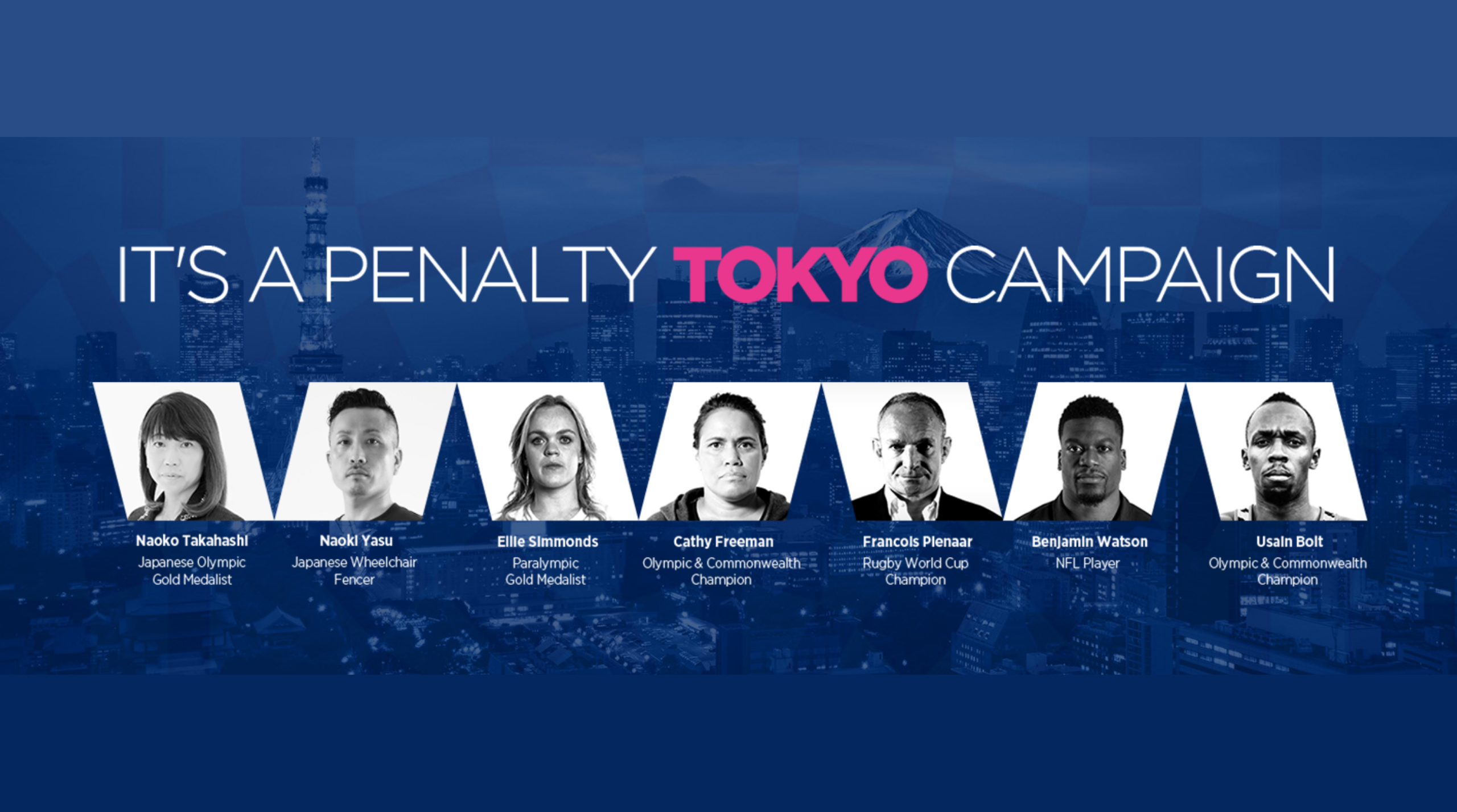 Traffickers often see sporting events as an opportunity. We need to educate people on how to recognise the signs of exploitation and what to do when they see them.

Since It’s a Penalty first launched in 2014, public awareness of these crimes has grown immensely. Yet, there are still many today that think of it as something that happens far away in other countries to other people.

We know, however, that human trafficking does not discriminate. It takes place in every community around the world in some form, and no country is exempt. Victims of these crimes can be of any gender, age, ethnicity or sexuality, although children and marginalised groups are particularly vulnerable.

Correcting these misconceptions about human trafficking is key to protecting survivors and preventing these crimes from taking place.

It’s a Penalty’s global campaigns use major sporting events as platforms to do just that. Reaching an average total of 180 million people worldwide, each campaign educates about the issues, penalties for offenders and signs to look out for, and equips the public with ways to report suspected crimes. To date, our campaigns have facilitated the protection of 16,955 victims of abuse, exploitation and human trafficking, as well as prevented thousands more from being victimised globally.

Survivor’s stories also reveal that traffickers use the increased tourism around these events as opportunities to make money. For example, Sam Wijeyakumar, a survivor of human trafficking and co-founder of anti-trafficking NGO – and It’s a Penalty partner – Rahab’s Daughters, reports that she was repeatedly sexual exploited during the Super Bowl in the US each year whilst she was being trafficked.

The Global Slavery Index estimates that there are 37,000 people living in conditions of modern slavery throughout Japan.  In 2020 alone there were 5166 cases of commercial sexual exploitation of children reported to Japan’s National Police Agency.  However, the general public remains largely unaware that these crimes are taking place, and uneducated about how to identify and report if they suspect something.

Following successful It’s a Penalty campaigns earlier this year during the Super Bowl LV in Tampa and the UEFA Euros, headed by NFL athletes and Gary Lineker respectively, the 12th global It’s a Penalty Campaign has launched ahead of the Games to shed light on the issue in Japan and worldwide.

Previously It’s a Penalty paid a visit to the Sustainability Department of the Tokyo Organising Committee of the Olympic and Paralympic Games to discuss the importance of educating about what is human trafficking on all our campaign collaterals to bridge this gap in awareness. Together with our founding partner A21 we have created a 30-second campaign film and informative posters including signs to look out for and reporting hotlines which are available in both English and Japanese.  High profile Olympians and Paralympians front the campaign including  Usain Bolt, Cathy Freeman, Ellie Simmonds and Naoko Takahashi are currently being shown inflight on Japan Airlines, Emirates and Cathay Pacific, in Narita and Haneda airports, as well as on Tokyo Metro and JR East trains across transport networks in Tokyo and to an audience of millions at the famous Shibuya Crossing in Tokyo.

Working with our partners Rahab’s Daughters and local Japanese NGOs including Sport For Smile and ZOE Japan, we have established a bilingual human trafficking hotline –  the first of its kind in Japan – which is now operating to receive reports of suspected cases. The hotline will continue permanently, ensuring a long-term positive legacy for the campaign in Japan.

In recent years, major sporting events have been condemned as human trafficking hotbeds by global media. This is due to the influx of a huge amount of sporting fans and tourists to a city during a major sporting event potentially resulting in an increase in demand for commercial sex, which may be seen as a business opportunity for traffickers.

Law enforcement agencies have taken it upon themselves to launch sting operations during major sporting events due to the increased occurrence of human trafficking and exploitation, resulting in mass arrests of perpetrators and recoveries of survivors. During an FBI operation at the 2020 Super Bowl in Miami, 47 traffickers were arrested and 22 survivors identified according to the Miami-Dade State Attorney.

Particularly with the pandemic’s impact resulting in increased incidences of human trafficking and exploitation worldwide, It’s a Penalty’s campaign in Tokyo this summer is more important than ever.

To report a suspected case of human trafficking, exploitation or abuse anywhere in the world, go to: www.itsapenalty.org/makeareport.