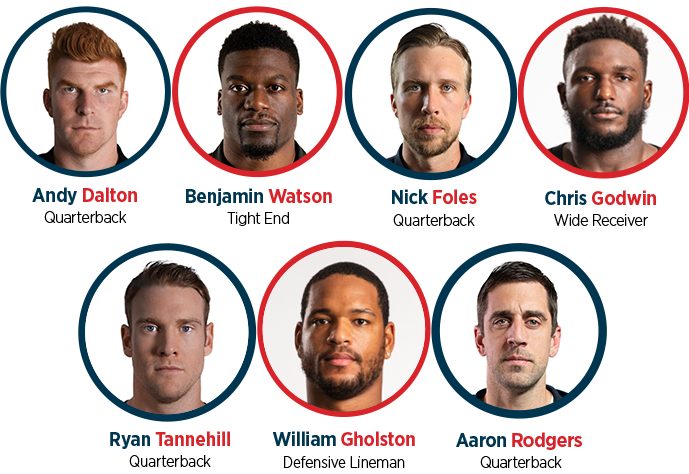 In January/February of 2021, It’s a Penalty completed our 2021 campaign ahead of  Super Bowl LV alongside our founding partner A21, and major partners NFL Foundation, Hilton Worldwide and Rescue:Freedom International; supported by Tampa International Airport, Uber, End It, Rahab’s Daughters, In Our Backyard and SOAP.

The campaign was made possible by the Super Bowl Host Committee, the Hillsboro County Commission on Human Trafficking, the Tampa Bay Buccaneers, the NFL, and in partnership with local, state and federal agencies including the state attorney in Tampa, Florida’s Attorney General, local trafficking task forces, and hundreds of local volunteers.

Large events, such as the Super Bowl, can lead to increased instances of human trafficking due to a high influx of visitors. And when it comes to the prevalence of commercial sex industries, Tampa rivals Las Vegas. The New York Daily News has called Tampa the “strip club capital” of the country.

Human trafficking is a major issue in Tampa Bay and the U.S.:

Children as young as 12 years old are being sold for sex in Tampa Bay, Florida, where the area’s tourism industry, adult entertainment industry and international seaports and airports create a lucrative, and highly accessible, environment for minor sex-traffickers.

83% of sex trafficking victims in the U.S. are U.S. citizens.

Tampa, Florida ranks 12th of all American cities for the number of calls per capita to the National Human Trafficking Hotline (Polaris).

Tampa's large population of runaways is also a growing contributor to the problem. Studies have shown that one of six runaways will be lured by a sex trafficker and forced into prostitution within 48 hours of being on his or her own (NCMEC).

Florida as a state has the third highest rate of human trafficking cases reported (Polaris).