“I don’t think any of us really had any idea about the scale of the issue. It’s been a real education for all of us.”

Campaign materials on the ground: 5,100 people – distributed in 2 Hong Kong hotels (The Kerry Hotel; The Harbour Plaza), within the event stadium and at Hong Kong Rugby Union events 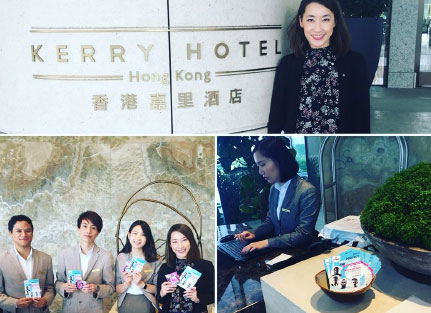 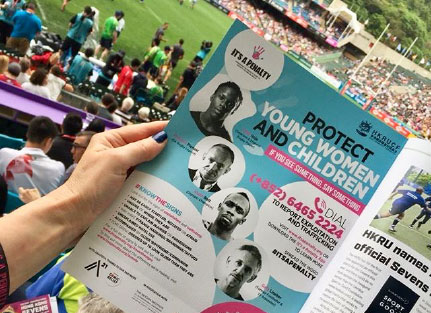 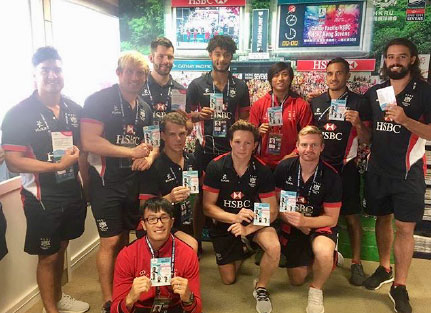 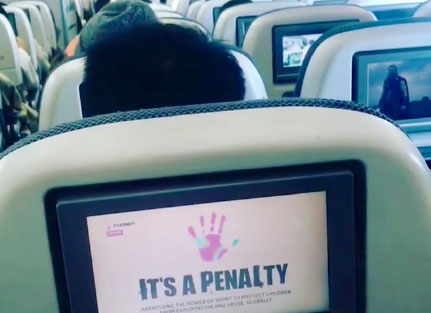 We worked in partnership with two Hong Kong-based NGOs, STOP and The Mekong Club, to raise the profile of human trafficking and exploitation in Hong Kong, an issue which is often ignored and denied being a problem by the local Government, in order to eventually affect policy, practice and legislation. It’s a Penalty’s collaboration with the Hong Kong Rugby Union (HKRU) created awareness about exploitation and trafficking in the sporting governing body, culminating in us facilitating a training presentation to 70 HKRU staff, which educated them on the issues, and how to identify and report these crimes.  It’s a Penalty partnered with two Hong Kong-based hotels to distribute campaign materials to guests, and train their staff to identify and report exploitation and trafficking.

After seeing the It’s a Penalty campaign film on one of our partner airlines, an 11 year-old boy contacted It’s a Penalty to report the abuse of himself and his teammates by his swimming coach. The appropriate action has now been taken to inform the child’s parents and protect this child and others like him from this coach. The case of this young boy is a perfect example of the impact that the It’s a Penalty campaign has on children and vulnerable people in the cities that it operates and around the world.

The It’s a Penalty Campaign’s legacy in Hong Kong is demonstrated by the amount of attention It’s a Penalty drew to the issues of exploitation and trafficking in a city where these problems are not always acknowledged by the government, police and people alike. The lack of a 24/7 reporting hotline and trafficking in persons legislation in Hong Kong are examples of how authorities are notnor prioritising about this issue. It’s a Penalty’s activity around the HSBC/Cathay Pacific Rugby Sevens helped to create awareness for these hidden issues and urgency for something to be done about them. Local NGOs and the US Consulate in Hong Kong, all of which partnered with the It’s a Penalty 2018 Campaign, will continue to meet with the government to lobby for the enactment of the Modern-Day Slavery Act and a robust hotline for people to report these crimes.

WITH GRATEFUL THANKS TO
OUR FOUNDING PARTNER:

FRIENDS OF THE CAMPAIGN: