“This is a really important campaign. I’m proud to be supporting It’s a Penalty. It’s crucial that football supporters stand with us against the sexual exploitation of children.”

The campaign film was shown in flight on every British Airways flight for 3 months during the World Cup and seen by a global audience of 80,000 worldwide travellers

The Foreign & Common Wealth Office in the UK (FCO) distributed the campaign wristbands at London airports, including Gatwick and Heathrow

More than 150 volunteers distributed leaflets to 70,895 football fans and tourists around stadiums in Brazil, equipping them with the Brazilian Child Protection helpline

The It’s a Penalty campaign film was seen by a targeted audience of 117,267 football fans in Brazil

11,252 calls were made throughout the World Cup period reporting cases of crimes against children According to the Brazilian Ministry of Justice, in Brasilia, there were 29 foreign nationals reported through the Brazilian National help line number ‘Dial 100’ involved in cases of sexual exploitation during the World Cup 2014. 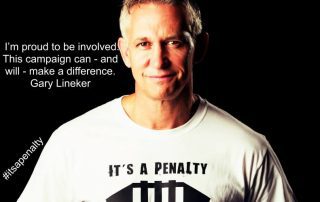 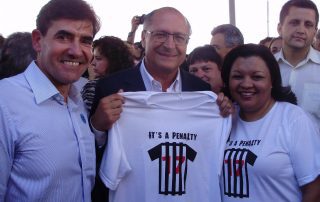 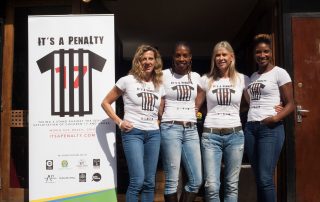 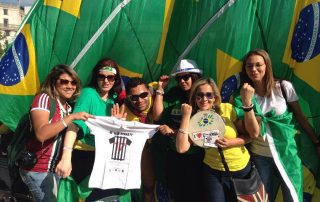 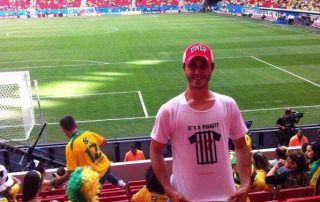 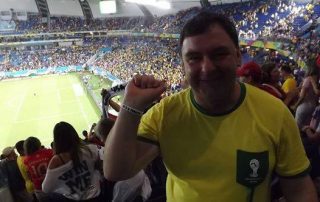 The World Cup 2014, known as the greatest sporting event in the world, attracted 600,000 football fans and tourists from all over the world to Brazil. It was set to be the greatest sporting event in the world, however, many unscrupulous people would use it as an opportunity to traffic children, dress them up to look older and exploit them in order to make money. The influx of visitors put vulnerable children and adolescents at risk of exploitation and abuse.

The key purpose of the It’s a Penalty campaign was to EDUCATE football fans and those travelling to Brazil for the World Cup with the vital message that paid for sex with a minor (17 and under) is a crime, and those who commit it are subject to prosecution both in Brazil and in their home countries due to Extraterritorial Legislation, such as the